Marking International Day for the Elimination of Violence Against Women, Kuwait commits to implementing international treaties and agreements on the elimination of all forms of discrimination and violence against women.

Kuwait has thus enacted a law banning domestic violence just as part of its endeavors to protect Kuwaiti families and reduce violence against women in particular.

Under Amiri Decree 24/1994, Kuwait joined the Convention on the Elimination of All Forms ofDiscrimination Against Women (CEDAW), which is an international legal instrument that requires countries to eliminate discrimination against women and girls in all areas and promotes women’s and girls’ equal rights.

The convention does not run counter to the Kuwaiti constitution, which ensures women’s rights and incriminates domestic violence.

The United Nations (UN) set November 25 as a day for marking the International Day for theElimination of Violence Against Women, urging governments, international organizations as well as NGOs to join together and organize activities designed to raise public awareness of the issue every year on that date.

Chairwoman of the Union of Kuwaiti Women’s Associations Sheikh Fadya Saad Al-Sabah slimmed violence against women as being one of the most common human rights violations across the world.

Speaking to KUNA, Sheikha Fadya boasted that the Kuwaiti constitution and law safe guard women’s dignity and protect them against psychological and physical violations.

In this context, she spoke highly of the great efforts exerted by the State of Kuwait to protect women’s human rights, citing the 2005 legislation that grants Kuwaiti women election rights involving voting and contesting.

Nevertheless, Sheikh Fadya, also speaking to KUNA, underlined that further preventive programs need to be put in place in order to respond to breaches of women’s human rights, and even to promote their rights in general.

For her part, Vice-President of the National Diwan of Human Rights Dr. Siham Al-Furaih said violence against women takes place everywhere across the world mainly due to drug addiction.

As part of its efforts to mitigate the ramifications of this serious phenomenon on the family, specifically women and children, the State of Kuwait has adopted necessary pieces of legislation, she said, citing Law 16/2020.

However, Al-Furaih boasted that Kuwaiti women are held in high esteem in the Kuwaiti society and have a remarkably effective role to play.

Dr. Siham Al-Qabandi, a professor of social planning at Kuwait University, regretted that violence against women still hinders and blocks gender equality, justice and development so the only way out of this is to capitalize on the entire human capital in achieving sustainable development.

The elimination of all forms of discrimination against women and endorsement of all relevant conventions would unquestionably contribute to attaining social justice and peace in societies, she emphasized in remarks to KUNA.

Building a future free of violence against women is not impossible, but basic servicesinvolving education, justice, health and social services should be revamped first and foremost, Al-Qabandi concluded. 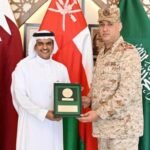